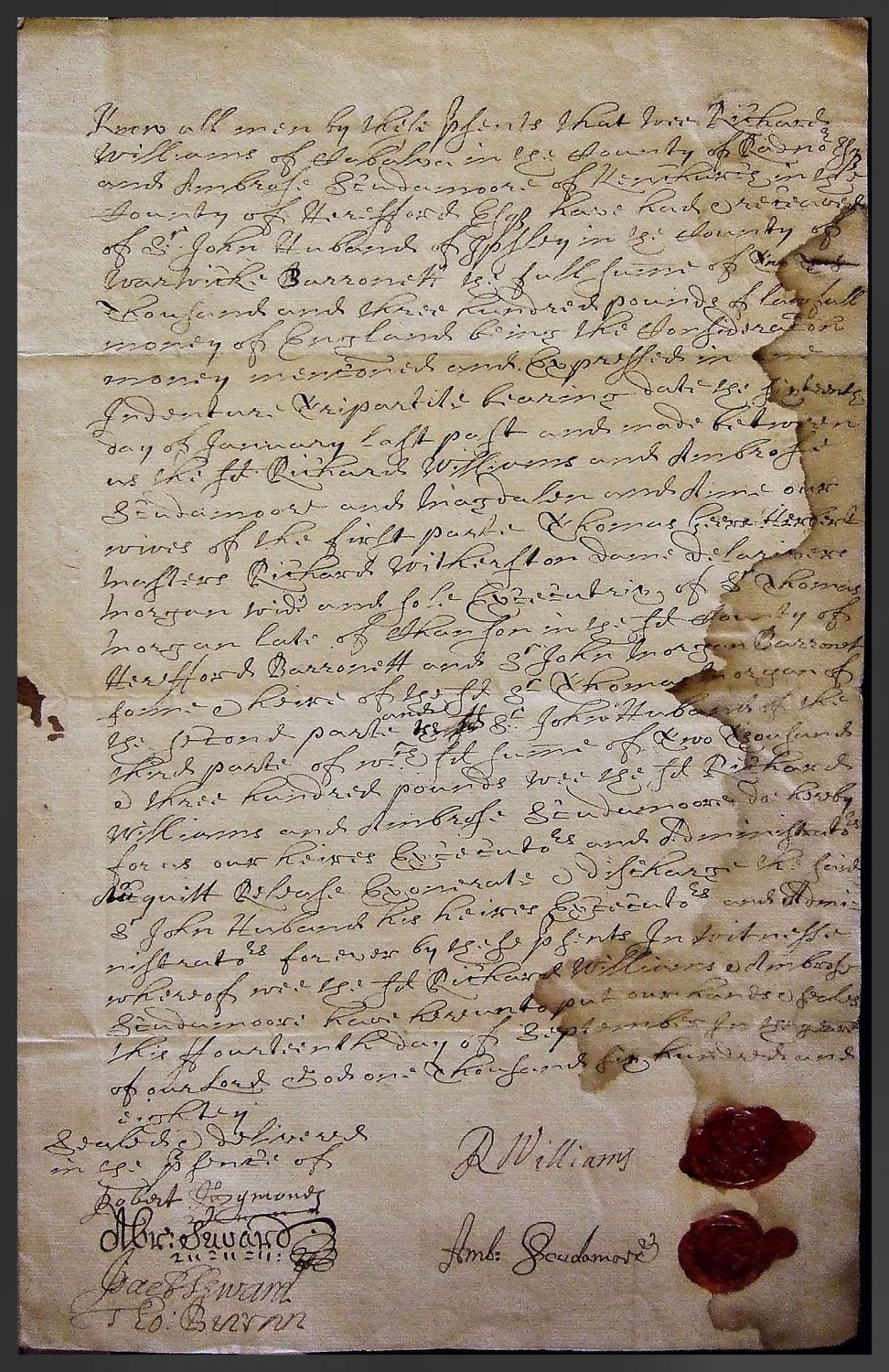 1. Know all men by these p[re]sents that wee Richard

5. of Sr John Huband of Ipsley in the County of

8. money of England being the Considerac[i]on

9. money menc[i]oned and Expressed in one

11. day of January last past and made between

12. us the s[ai]d Richard Williams and Ambrose

13. Scudamoore and Magdalen and Anne our

17. Morgan late of Chanson in the s[ai]d County of

24. for us our heires Excecutors [sic., ff.] and Administrators

30. this ffourteenth day of September In the yeare

31. of our Lord God one Thousand six hundred and

* This represents a typical problem encountered in the transcription of early documents, particularly when the MS is damaged, the hand is generally unclear, or – as in this case – when an idiosyncratic personal signature does not correspond with lettering elsewhere in the document. Ritualised language, custom & practise, and common sense in context can be drawn on to ‘crack’ standard words and phrases, but with multiple possibilities existing for the interpretation of numerous letters, Names & Places can be particularly challenging to decipher. It is therefore, unfortunately, not uncommon for question marks to remain in an otherwise completed transcript.