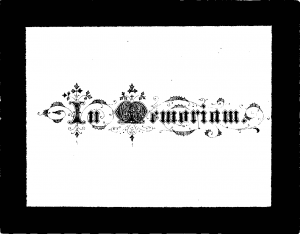 Despite the notoriety surrounding Patrick Branwell Brontë’s year in Luddenden Foot, which culminated in – and resulted from – his summary dismissal by the Manchester and Leeds Railway Company, surprisingly little is known of the time he spent there.  Speculation has crystallized into fact, with distorted anecdote, rather than historical record, too often cited as a primary source, the two set adversarially against each other, largely by a pro-Branwell camp following the lead of his railway colleague Francis Grundy in contesting Emily Brontë’s authorship of Wuthering Heights, while ironically continuing to undermine P.B.B.’s professional reputation by exaggerating the extent of his addictions at a premature stage in his career (Pictures of the Past).

In a bid to redress the balance, more objective scholars have chosen to ignore such compromised reminiscences, sacrificing the odd invaluable clue along the way.

Having a long-standing interest in Luddenden Chapelry, where my direct paternal ancestors lived, I began to collect biographical references for 1840-1842, hoping that identification of P.B.B.’s base in the area might provide a window into his life at this time.  While I anticipated that the journey might end at a brick wall, I didn’t expect this side-track through local history to be as confusingly overgrown as the path through Brontë legend.

Happily, 1841 is a red-letter year to local and family historians, as it marks the inception of the modern census, whose original returns are held amongst the vast collection of The National Archives of the U.K.  While not containing the more detailed statistics entered from 1851 onward, it is still a significant improvement over earlier Township Population books, which only named heads of household and recorded residence within a broadly generalised area. 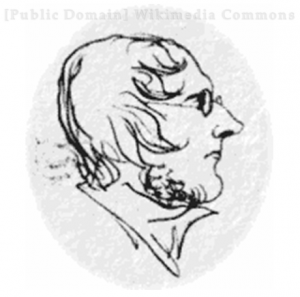 Patrick Branwell Brontë was appointed Clerk in Charge of Luddenden Foot Station on 01 March 1841 (dismissed 31 March 1842), with the census taken 3 months, 6 days into his employment, enumerators having been instructed to make their rounds at midnight on 6–7 June, when Branwell was recorded with the Clayton household at Brearley Hall as its only lodger.  In her groundbreaking family biography The Brontës, Dr Juliet Barker corrects the heading for a poem noted by Branwell to have been written there on 08 July 1841, which had until then been mistranscribed as Brearley Hill, her reading corroborated by Dr Victor Neufeldt in his 3 volume Works of Patrick Branwell Brontë.

P.B.B.’s entry above contains several curious anomalies.  As a rule, the 1841 census doesn’t specify an individual’s relationship to the ‘head of household’ – if, for example, Ellen Nussey had been registered at Haworth Parsonage in 1841, there would be no way to distinguish her identity as a resident relative, a lodger (having separate accommodation from the householder), a boarder (sharing the householder’s dinner table), or the visitor she was in 1851.  Branwell, however, is entered as “C. L.”, which may safely be interpreted as ‘Clerk’ and ‘Lodger’, despite the enumerator’s instruction to use “Cl.” as shorthand for Clerk.

Place of birth in 1841 records only whether born in the given county or not – Y/Yes or N/No – rather than specifying a city, village, or town; Patric Branwell Bronte [sic.] is incorrectly marked as “No” (slashed) “I”, i.e. not born in Yorkshire, but in Ireland.  As Dr Barker points out, the myth that he drank away the year with Irish labourers in Luddenden is promptly debunked by consultation of the district’s full census, in which Branwell himself is the only resident listed as of Irish origin.

Ages for those over 15 in 1841 are rounded down to the nearest 5-year mark, with Branwell therefore recorded as 20 – these numerals are written clearly above an unclear, though accurate, slashed 24.  Also entered in the household of 65 year old James Clayton and his 60 year old wife Rachel is the family of James Clayton, joiner, aged 30, and in the next household – same residence – the family of Henry Clayton, joiner, aged 30.  (A third household is also listed under this address, headed by 60 year old stuff weaver John Ackroyd, who might just be a paternal uncle of my 3x great-grandmother Grace.)

Incontrovertible proof that for at least one month of his year working at Luddenden Foot Station – 6/7 June to 08 July – P.B.B. was living at Brearley Hall.  But which Brearley Hall?  As soon as I began to research the building, I discovered that there were in fact two, one atop Brearley Hill, the other at the bottom, their separate histories bafflingly intertwined for so long that they had effectively merged into one …

Want to read more? Click here for A Tale of Two Halls, part 2