Twenty years or so ago, when I was working as an audiobook producer, I got to know an actor in his mid-sixties. At the start of his career, in the nineteen-fifties, he had worked with a veteran American actor who told him the following story. 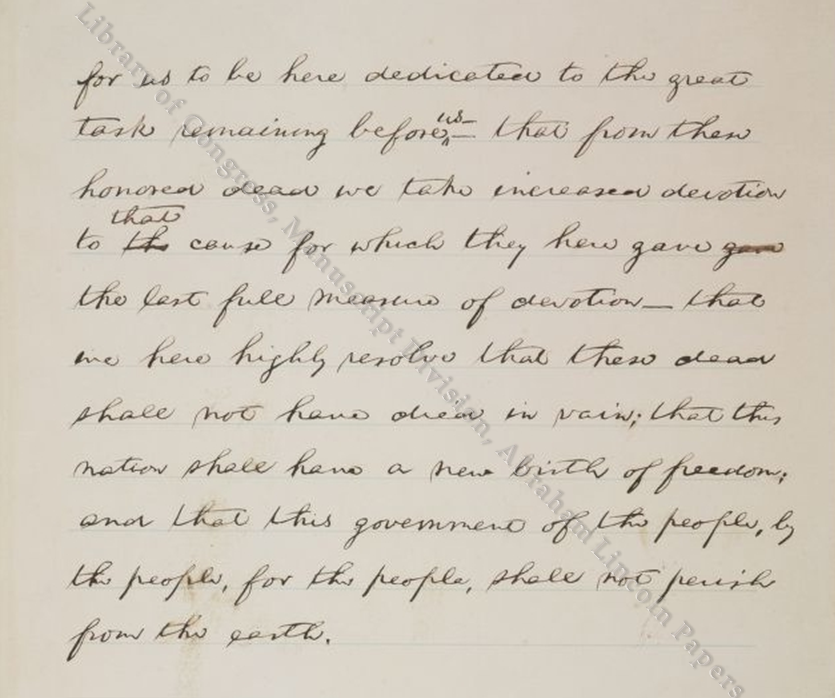 The way one stresses a sentence changes its meaning. ‘The MAN hit the ball’ means something different to ‘The man hit the BALL’. The alteration of meaning in the Lincoln quote is more subtle, but it clearly exists. Stressing the prepositions makes the statement expository, analytical; stressing the noun – along with its repetition, like a drumbeat – injects passion, urgency, belief and the sense of a crusade.

Of course, the veracity of the story is unprovable. The original witness could have misremembered or simply lied, as indeed could any of the story’s subsequent transmitters. Word of mouth over three generations is almost a definition of unreliability. But, in fact, I do believe it. First, because it is simply a better and richer ‘reading’ of the line – so if Lincoln didn’t say it like that, he damn well should have! Second, because I believe one can hear variations of this kind of rhetoric in later American oratory – particularly, for me, in the speeches of John F. Kennedy – so there is arguably a living tradition in play. And, of course, I simply want to believe it. I get goosebumps at the thought that, through this accidental miracle of transmission, I can catch, across 150 years, the faintest echo of the voice of Abraham Lincoln.