The 7th of August in the year 1606 saw the first recorded performance of Macbeth, in the Great Hall at Hampton Court. Shakespeare’s addition of three witches into the historical brew was tailored to grab the interest of the evening’s host, King James VI & I, himself an author with a well-known interest in the occult. His Dæmonology had first been published in Scotland in 1597, and later again in England following his accession to the throne in 1603, with a view, among other things, to validate the persecution of witches under rule of Canonical law. But as the historic record reveals, it wasn’t always the accused sorceress who ended up in jail.

Another fascinating document available to view in the Map and Large Document Reading Room of The National Archives at Kew is the Petition filed in Chancery by John Knyght, chaplain and servant of Lord Straunge [step-father of Henry Tudor], against the Steward of Marshalsea Prison. His complaint is summarised in the Discovery Catalogue as arising from his “Arrest for searching under warrant for one Alice, wife of John Huntley, a witch, in a house called ‘the Lasour Loke,’ in Kent street, Southwark, where ‘mamettes for wychecraftes’ were found. Corpus cum causa” – ‘mammet’ being a Middle English word of Old French origin, meaning a doll or image.

The catalogue dates this petition to “1475-1480, or 1483-1485” on the basis of the full title of the Lord Chancellor addressed, but there is an endorsement in abbreviated Latin on the back which supplies an additional clue in “die Martii videl[ice]t xxvij die Octobr[is]” – (on) the day of Mars (i.e. Tuesday), that is to say, the 27[th] day of October – which fits with the year 1478:

One of the things I love most about Mediæval documents is that, because words are spelled as they sound, one can hear the dialect pronunciation of a long-dead voice dictating what needs to be transcribed in the mind’s ear. 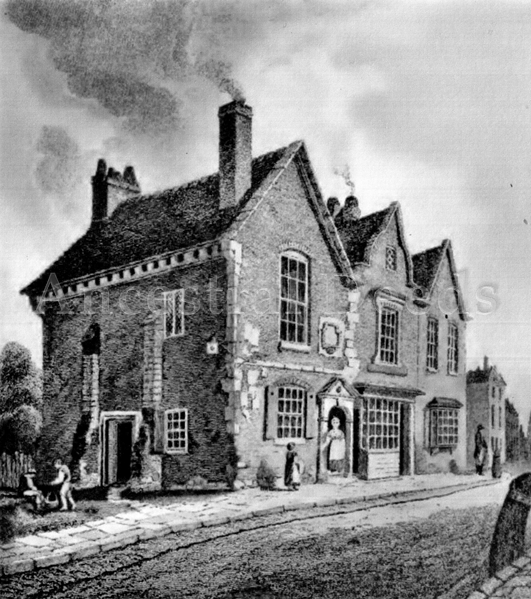 Le Lock, originally a Leper Hospital,
in 1478 an Almshouse or Infirmary 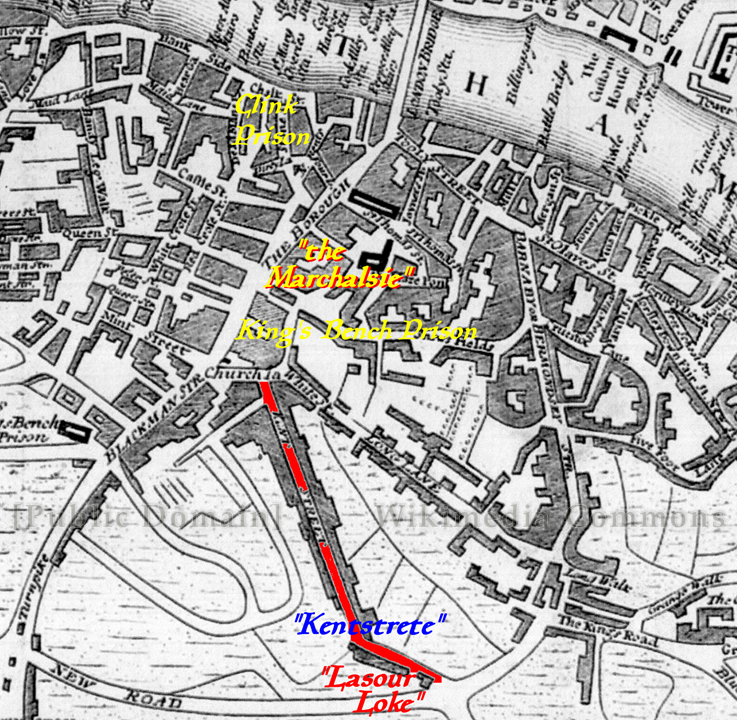 This suit has left no second footprint in the catalogued national historic record, but I hope the wheels of Justice turned slowly enough for Alice Huntley to find sanctuary outside Le Lock before the Marshalsea’s Steward released Knyght from his cell – she may, after all, have been guilty of no greater crime than burying her possessions to keep them safe while staying in the equivalent of a poorhouse during a time of need.

On the other hand, sticking a pin into one of her dolls could explain how Knyght came to be locked up in the first place …