For the better Suppression of Stage-plays, Interludes,
and Common Players; It is this Day Ordered, by the
[blank space] and Commons, in Parliament assembled, That
the Lord Mayor, Justices of the Peace, and Sheriffs
of the Cities of London and Westminster, the Counties
of Middlesex and Surrey, or any Two or more of them,
shall and may, and are hereby authorized and required
to enter into all Houses, and other Places, within the
City of London, and Liberties thereof, and other Places
within their respective Jurisdictions, where Stage-plays,
Interludes, or other common Plays, are or shall be acted
or played; and all such common Players, or Actors, as
they, upon view of them, or any one of them, or upon
Oath by Two credible Witnesses (which they are hereby
authorized to minister), shall be proved before them, or
any Two of them, to have acted or played in such Play-
houses or Places abovesaid; and all Person and Persons
so offending to commit to any common Gaol or Prison;
there to remain until the next General Sessions of the
Peace, holden within the said City of London, or Liber-
ties thereof, and Places aforesaid, or sufficient Security
entered for his or their Appearance at the said Sessions;
there to be punished as Rogues, according to Law.
The Lords Concurrence to be desired herein.”
[Journal of the House of Commons: Volume 5, 1646-1648, p.335]

I wonder if the Lords not concurring before explains the grammatically awkward blank space at the start of the entry’s third line? 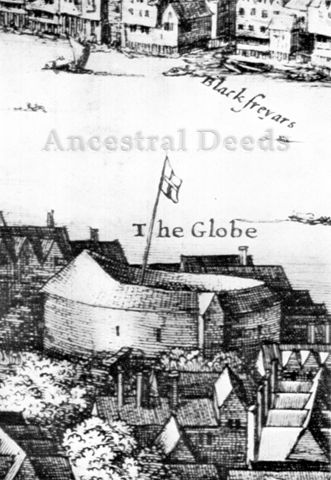 Royalist or Roundhead, I can’t embrace the politics of either side, but on this issue I like to think I’d be out marching with the Stuart equivalent of the WGGB.