My New Year’s Resolution was to hunt for my hapless alchemist within Chancery Certificates of Statute Merchant and Statute Staple during my first visit of 2019 to the Map and Large Document Reading Room of The National Archives at Kew, but work intervened — mustn’t grumble at being busy! — though I did manage to fit in an hour of self-indulgence in time to celebrate the 678th anniversary of his appearance before the Mayor of London in a plea of debt brought by his nemesis, the Citizen and Pepperer Thomas Corp. Given their previous litigious encounter, and his recorded occupation of Surgeon, there can be little doubt that this is the same Thomas of York who was placed under house arrest by Corp some four years earlier. No mention is made of the “science of Alchemy” here, but an ability to turn base metal into silver would certainly have come in handy to magic up the thirty pounds of sterling he owed. 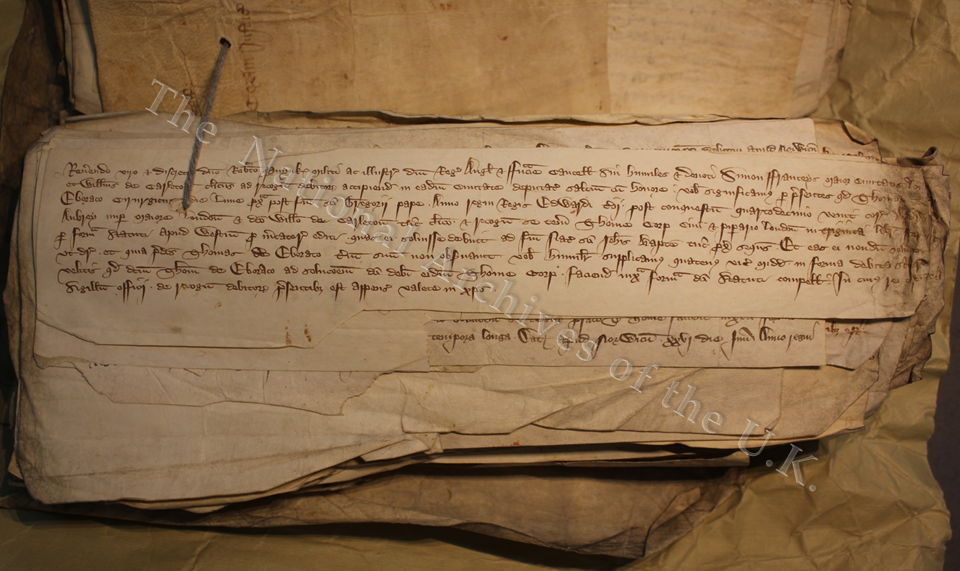 (To) the Reverend and discreet lord Robert Parnynkes [sic. Parnyng], Knight, and Chancellor of the illustrious King of England & France, his humble & devoted Simon Franceys, Mayor of the City of London,

and William de Carleton, clerk for the recognizances of debts received in the same city (by) the deputy, (send) greeting with honour. (To) you we signify by (these) presents that Thomas de

York, Surgeon, (on) the day of the Moon [i.e. Monday] next after the feast of saint Gregory the pope (in) the Year of the reign of King Edward the third, after the conquest, the fourteenth [i.e. 19 March 1340/41], has come before Andrew

Aubrey, late the Mayor of London, & the said William de Carleton, then the clerk, & has acknowledged himself to be held (to) Thomas Corp, Citizen & Pepperer of London, for thirty pounds of sterling,

by the form of the statute for merchants published at Westminster, which he has been indebted to have paid (to) him at the feast of saint John the Baptist then next following [i.e. 29 September], And has not yet paid them (to) him,

as is said, And because the aforesaid Thomas de York has not observed his term, (to) you we humbly beseech that to write in due form (to) the sheriff of Middlesex

you should be willing, that he should compel the said Thomas de York toward making payment of the said debt (to) the same Thomas Corp, according to the form of the said Statute; In testimony of which thing,

the seal of the office of recognizances of debts is appended (to) these presents. Farewell in Christ. 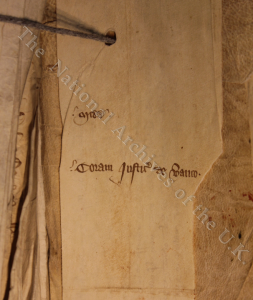 Before the Justices of the Bench 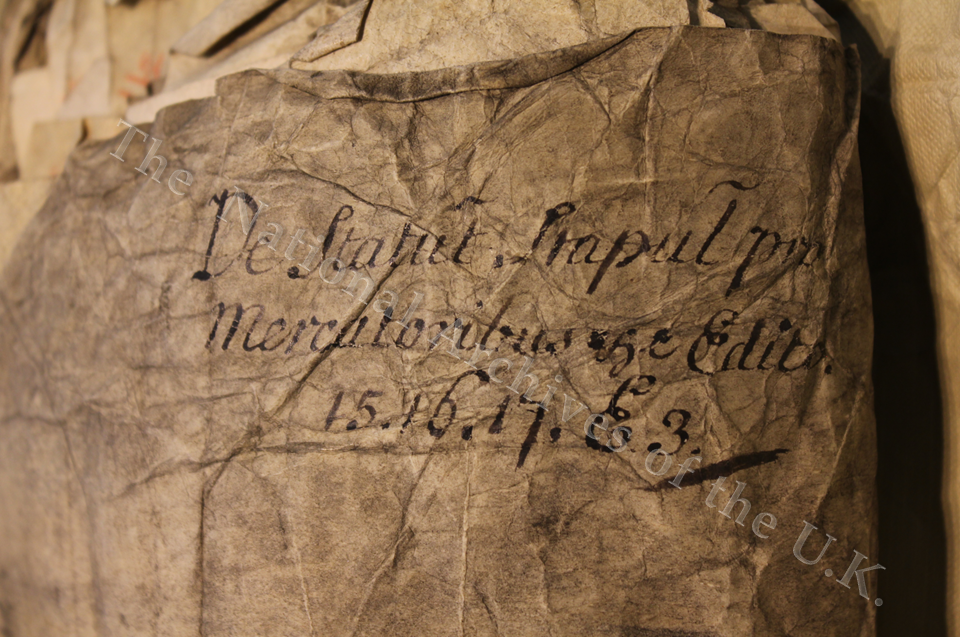 Concerning the Statute of the Staple for

With no further mention of Thomas of York in TNA’s online Discovery catalogue, the trail ends here for the present. But one never knows, he may yet catch my eye in an un-indexed record-set in future; he has certainly proved to be a memorable acquaintance to date.